This ancient coffee grinder standing in the corner of #tbapopup inspired this “decade of centenaries” short story: https://marcivan.com/…/25/watching-the-grinder-wheel-spin/ When my parents, Peter and Betty O’Gorman, bought 59 Dublin Street in Carlow in 1972, they acquired a business that had been … END_OF_DOCUMENT_TOKEN_TO_BE_REPLACED

” an annual celebration of the life and work of Irish writer James Joyce, observed annually on 16 June, the day his novel Ulysses ” END_OF_DOCUMENT_TOKEN_TO_BE_REPLACED

TBA CaBaRe is an evening of words, images and music by an eclectic mix of performers for Carlow Arts Festival 2015 including; short films & music by The Spinning Boy, flash fiction from writer Barry McKinley, a performance by actress … END_OF_DOCUMENT_TOKEN_TO_BE_REPLACED 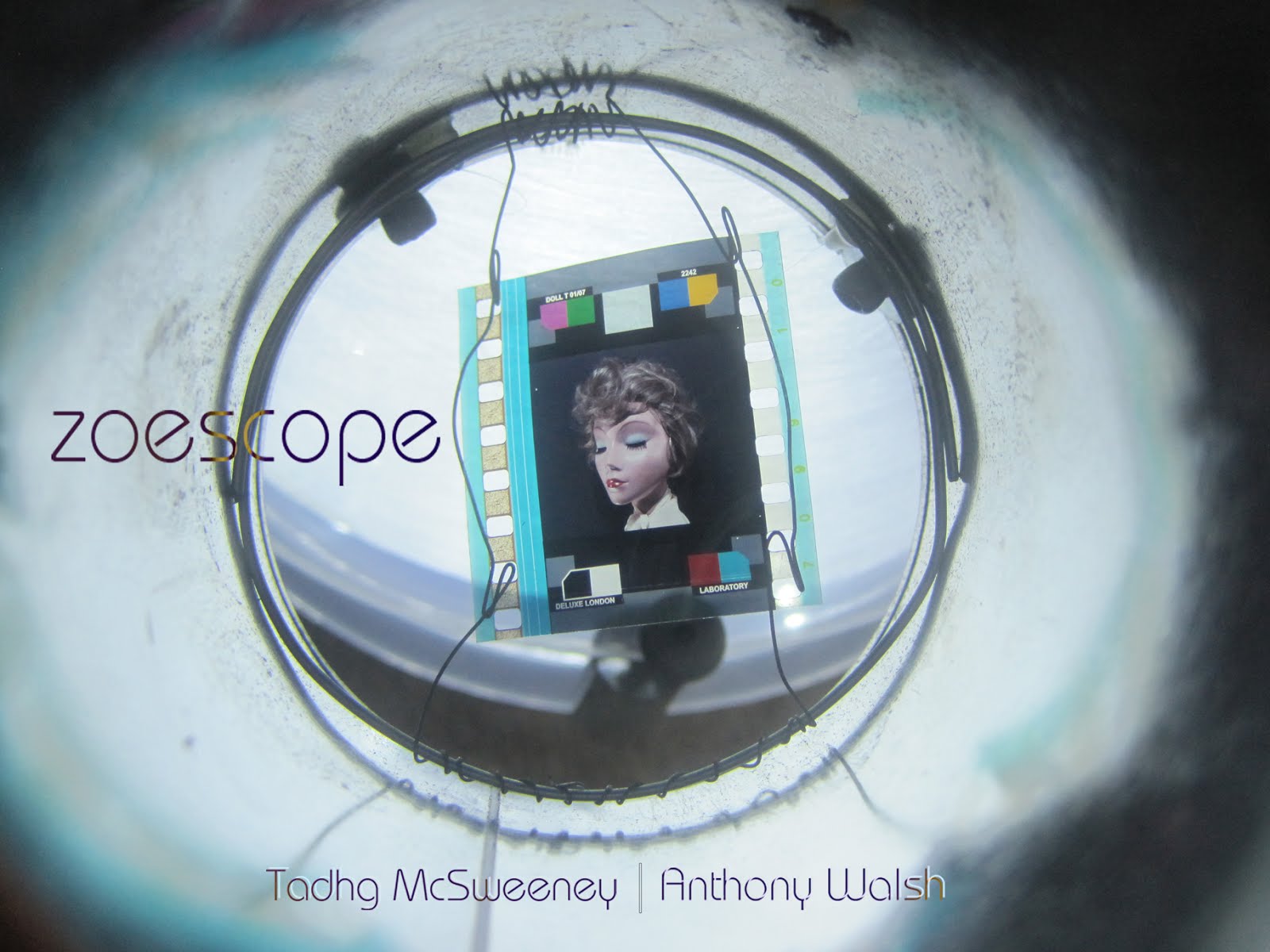 Carlow-born William Desmond Taylor was a major figure in early Hollywood at a time when commercial film was still in its infancy. Inspired by proto-cinematic viewing devices, local artists Anthony Walsh and Tadhg McSweeney create a site specific exhibition for Taylorfest 2014 at TBA Pop-Up, 59 Dublin Street.

Tadhg McSweeney trained at the National College of Art & Design, Dublin. He lives and works in Carlow. McSweeney’s work involves the combination of found and close to hand materials, in the production of sculptures, machines, structures and landscapes. The results are part historical, quasi science fictional, visions for a new world. McSweeney is represented by the Kevin Kavanagh Gallery Dublin.

Anthony Walsh is an animator/artist from Carlow. He graduated from the Irish School of Animation in Ballyfermot in 2004. A founding member of BLUEPRINT group from Carlow and involved with Taylorfest since its inception, Anthony works in a variety of media; animation, sculpture, drawing and painting. His recent work involves contemporary sculptural pieces made from found and recycled objects into which old 35mm film has been incorporated. These frames of film that otherwise would have been destroyed have been given new life in these quirky viewers.

by Martinbridgeman on May 21, 2014 in The Eclectic Light Programme

The TBA (Time Based Art) Pop-up for 2014 is an innovative use of an existing space and a bringing-together of various art forms which this year includes music, spoken word and theatre. There is a strong Calrow element and, intriguingly, a sibling theme. Here KCLR’s Martin Bridgeman interviews TBA’s curator Marc-Ivan O’Gorman about the upcoming events which will be held in Dublin Street, starting on June 6th, as part of Carlow’s Éigse 2014.

The Spinning Boy play an improvised soundtrack to Andrei Parajanov’s 1968 symbolic masterpiece The Colour of Pomegranates for Carlow Arts Festival at TBA Pop-Up.

A brief excerpt from a performance by electronia act The Holy Roman Army at TBA Pop-Up, June 2013.
Brother and sister, Chris and Laura Coffey, originally from County Carlow are Dublin-based composers and performers with several albums to their name. At this experimental gig at TBA (Time-based Art) Pop-up space at 59 Dublin Street, Carlow they perform a cover of a recently popular song. This performance was the first time the HRA performed in their hometown.

Sensational Electronica act The Holy Roman Army played TBA Saturday 15/6/2013, their music has been described by the press variously as “a triumph” “awesome” “a fascinating dichotomy between the warm, organic playing and the detached programming”